As to general physical dimensions, spiral point taps are identical with the standard hand tap. However, the spiral point tap has the cutting face of the first few threads cut at a pre-determined angle relative to the tap's axis angle to force the evacuation of chips ahead of the cutting action. This feature, plus the excellent shearing action of the flute, make spiral pointed taps ideal for production tapping of through holes. Typically, this type of tap has a shallower flute passage than conventional taps. This gives the spiral point tap more cross-sectional area, which means greater strength, allows higher tapping speeds, and requires less power to drive. 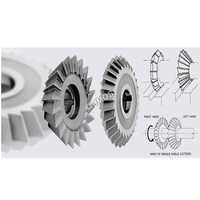 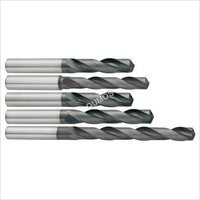